One question we’re sometimes asked is how to get people on board with Slicing Pie. That’s easy – get them to read it! The tightest teams that we meet all have one thing in common: every grunt reads the book. Founders often think that if one person reads Slicing Pie and explains it to everyone else, it saves time. But that’s a false economy – because we find that teams tend to be stronger when everyone understands why they’re sharing equity fairly. And Mike Moyer does such a great job that this is one thing we think you can and should delegate.

We came across Slicing Pie just after it had come out, so we only had one choice to make. But now Mike Moyer has tonnes of books, blogposts and videos – which is fantastic for grunts, but tricky if you’re trying to work out where to begin.

So to help, we’ve put together our overview of Mike’s Slicing Pie highlights.1

First, start with Slicing Pie
This is Mike’s lodestone. Where it all began. It’s also where he coined the term, ‘grunt fund’, which is one that we love. Since then, Mike has refined his original dynamic equity model (so his newest book will always be the most up-to-date). However, Slicing Pie is so bold and punchy that it’s still our “go-to” – particularly when bringing a new grunt on board. Whenever we’ve given the book to a potential new joiner to read (which has happened twice), this is what’s happened:

“How did you get on with Slicing Pie?”
“Fine! It made sense.”
“Good…do you have any questions about it?”
“Nope.”
“No?…Really? Nothing at all?”
“Hmm…no…can’t think of anything…Nope.”
“Okay then!”
Smiles all round.

Coincidence? Hopefully not. Try it: get any potential new grunt to read Slicing Pie. You’ll be thrilled if they get it (and relieved that you don’t have to fight over personal equity stakes). And if they don’t, then you’ll know where you stand.

To track your time, try The Slicing Pie Pie Slicer
In 2014 Mike started developing an online tracker, so teams could track their grunt contributions. We know a lot of people that use this. (Though as it happens we don’t – we started off with a spreadsheet based on Mike’s original Excel model, and as yet we don’t have reason to switch.) However, whichever method you use, if you need to include any historic time, then do any estimates as quickly as possible.2 Estimates are always more accurate – and easier to agree – whilst events are still fresh in your minds.

And if you need Pie Slicer help, read Fair & Square
To go with the Pie Slicer, Mike brought out Fair & Square, a guide that combined the essentials of Slicing Pie with help for Pie Slicer users. Mike dropped the term, ‘grunt funds’, because it didn’t translate all that well (‘pig money’, anyone?). He also introduced a few model refinements.3 However, except for its obvious Pie Slicer focus, everything else pretty much stayed the same. We don’t use the Pie Slicer, so we can’t really comment on how handy it is. Mike also said recently that he wants to retire this book. However, don’t worry: he’s putting his updated Pie Slicer tips – and the latest Slicing Pie model – into his newest offering…

COMING SOON! The new Slicing Pie Handbook
Slicing Pie. The Slicing Pie ‘Pie Slicer’. The Slicing Pie Handbook. Even we sometimes get a little confused. However, don’t be: The Slicing Pie Handbook is Mike’s most up-to-date description of how businesses can share equity fairly. And it is awesome! (We’ve seen an advance copy – full disclosure: we made a few suggestions to one of the drafts, so Mike gave us a shoutout – thanks Mike.) There are also extended/new chapters on legal, tax and investment matters, which are useful if you want lots more detail. It’s not available yet in the UK, but we hope it will be, soon. We’d love it more if Mike reintroduced the term, ‘grunt funds’, but hey, he’s got to keep something back for next time around.

And finally, if that’s not enough…
Mike has loads of other resources online, including:

Use them or don’t. It’s up to you. The great thing is, they’re there if you need them. As are we. So good luck with bringing your new grunts on board. We hope they also like sharing equity fairly.

1 By the way, just in case you’re wondering, we’re not affiliated with Mike Moyer. If you buy his books, then that’s all on him and you. However, in our view, you won’t regret it.
2 This is what we did. We only discovered Slicing Pie after we had begun, so our first eight months of time-logs aren’t completely exact – but they’re still pretty good, all things considered.
3 As we recall, pie partitioning and calibration went, loyalty and IP were slightly expanded, and profit interests started getting a mention. 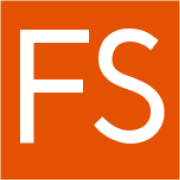 Maxine Chow & Deborah Griffiths are co-founders of Fairsquare LLP, the UK's premier Slicing Pie law firm. They've both been solicitors for over 15 years, and have worked in the City and business. They discovered dynamic equity law when setting up their own grunt fund startup, and love helping entrepreneurs who want to share equity fairly. They hide in plain sight at @FairsquareLLP.

18 December 2020
We use cookies to track visitors to our website and help us improve it. If you continue to use this site then we assume that you are happy with this.OkayMore